BEAVERCREK, Ohio – Three years after the 2019 Memorial Day tornadoes ripped through the Dayton area, Beavercreek has marked a milestone in its recovery.

City leaders and historic curators gave visitors a first look at the new Wartinger Barn, a replica of the 150-year-old piece of history destroyed in the storms. With the rebirth of the gathering and education space, the parks department said it hopes it will serve the community for generations to come.

An EF-3 tornado damaged dozens of homes and businesses in Beavercreek and the centerpiece of the city’s historic Wartinger Park, the Tobias-Zimmer Barn.

The barn was built in 1858 and moved to the park after a donation from the Zimmer family. For decades, it served as a gathering place for the community, hosting public events, weddings and school outings.

When the tornado unleashed, Kim Farrell, the park superintendent, said the storm had shattered the building beyond repair. Three of its walls collapsed and pieces were ripped out and blown off.

She said she asked the community what they would like to see in her place, and overwhelmingly the responders said they wanted the barn back.

“Building the barn itself was the fastest part. I think it took about two months to put up all the walls and do all the carpentry,” she said. “But it’s fantastic now that everything is done and we can welcome the community into the barn.”

Mark Wiley, president of the Beavercreek Historical Society, and Bob Zimmer, the barn’s original donor, have attested to the location’s accuracy. Both came to the groundbreaking ceremony on Tuesday and were thrilled to get a glimpse of this new piece of history.

“Everything is as close to the original as possible,” Zimmer said. 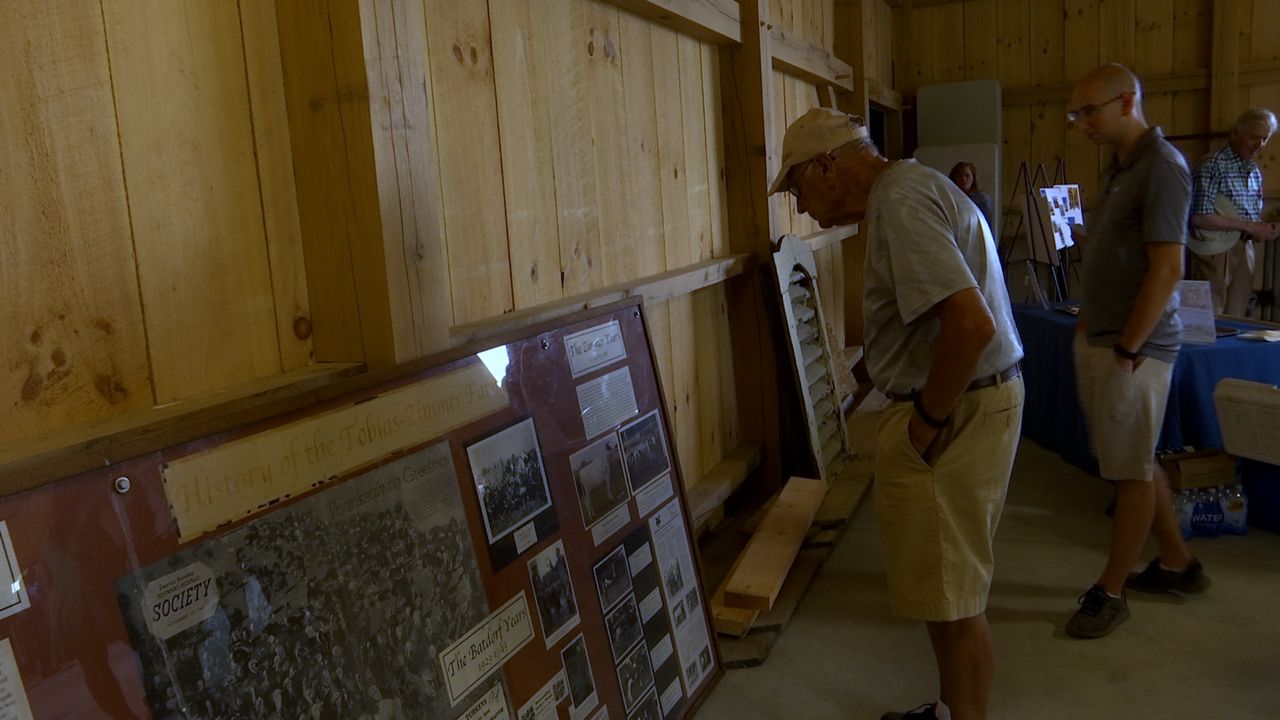 Inside, the barn was filled with 19th-century farm equipment and parts salvaged from the tornado. Wiley said the historical society has worked hard to salvage what it can so it can reclaim the town’s history.

“Our intention is to bring it back as close as possible to what it was before, but also to tell the story of 19th century Beavercreek and what farming was like and what life was like,” he said. he declares.

The next public event scheduled for the barn is the Historical Society’s Living History Event which brings third-grade students to the barn to learn about the community’s roots, but Farrell and Wiley said they would like the barn to be even more accessible to the public.

Farrell said she was already receiving private booking requests and was arranging plans to add additions like bathrooms and other facilities to encourage the public to spend more time at the park.

As for the future of the building, Wiley said the architects and builders behind the project had done their best to preserve the barn for generations to come.

“The only difference is there’s a more modern foundation and hopefully if there’s another storm like the last one, this thing will pick up,” he said.