Boris Johnson is truly a Maverick! The outgoing Prime Minister looks like Tom Cruise’s Top Gun character as he climbs into the cockpit of the RAF Typhoon jet

By Stewart Carr for Mailonline

Boris Johnson has always considered himself a maverick politician…

It’s no surprise, then, that the future Prime Minister aped Tom Cruise’s iconic role of Maverick in Top Gun as he stepped into the cockpit of RAF Coningsby on Thursday.

The Prime Minister donned full RAF uniform as he met pilots and aircrew at the military site in Lincolnshire to watch a demonstration of the Typhoon fighter jet.

Two combat-ready frontline squadrons are stationed at the base, which also serves as a training ground for Typhoon pilots. 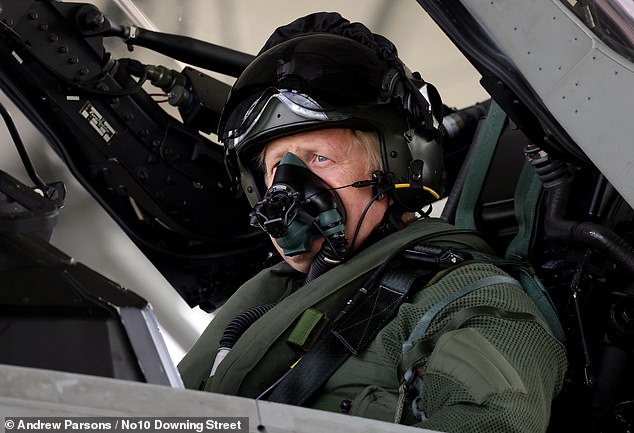 The outgoing Prime Minister cut a serious figure as he posed for photos inside the cockpit, dressed in full RAF uniform 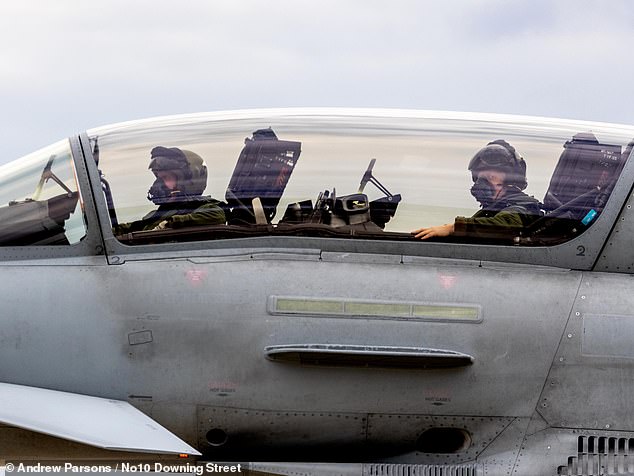 While at the base, Mr Johnson was given a behind-the-scenes look at the Rapid Reaction Alert (QRA) station which protects UK airspace, The telegraph reports.

The Independent’s chief political commentator John Rentoul said: ‘Might as well enjoy it on the way out.’

For the outgoing Prime Minister, the RAF visit must have seemed a far cry from the battle between five Tory MPs to succeed him.

In a combative performance during the contest’s first televised debate last night, former Chancellor Rishi Sunak rounded off his rivals by saying proposals to increase borrowing to pay for tax cuts were a ‘fairy tale’.

Mr Sunak dominated the vote in the first two rounds of Tory MPs, but polls suggested he would fight one of his main rivals – Foreign Secretary Ms Truss or Trade Secretary Penny Mordaunt – during a final ballot of all party members. 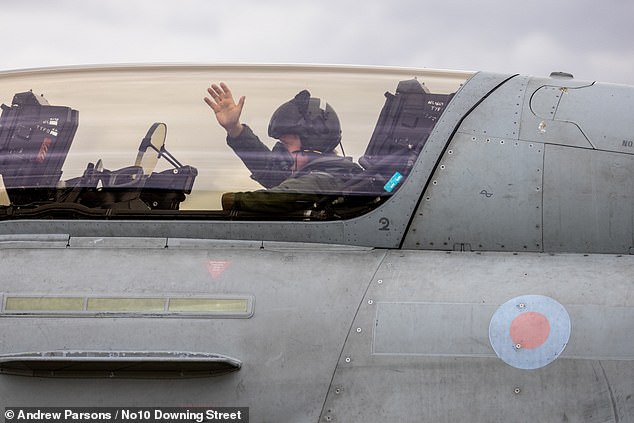 While at the base, Mr Johnson was given a behind-the-scenes look at the Rapid Reaction Alert (QRA) station that protects UK airspace. 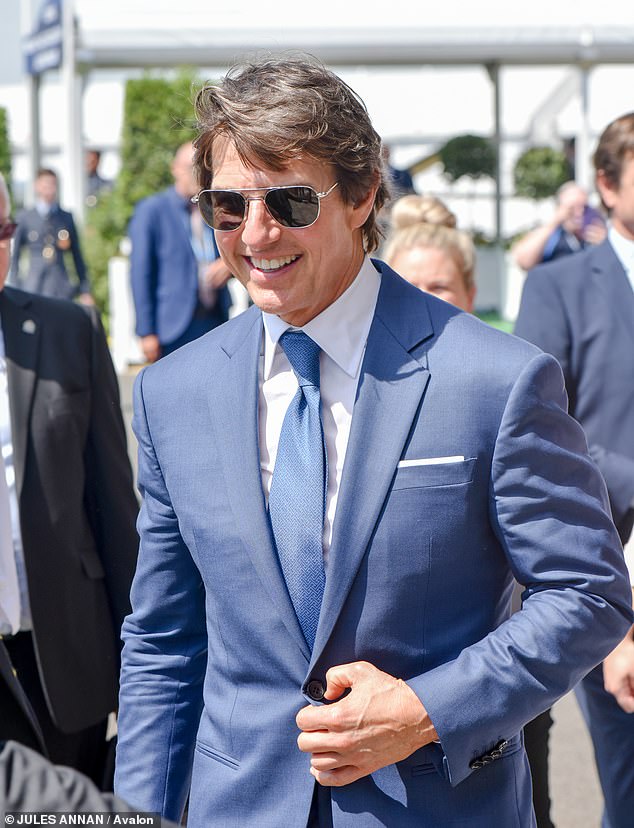 The Maverick character was made famous by actor Tom Cruise in the films Top Gun (1986) and Top Gun: Maverick (2022)

He insisted, however, that he remains the candidate best equipped to take on Labor and win the general election.

“I will continue to advocate positively for my candidacy and believe I am the best person I can be to help our party defeat Keir Starmer and defeat Labor in a general election,” the MP for Richmond said.

A snap poll of 1,159 viewers by pollsters Opinium placed him in second place, with 24% saying he had been the top performer, behind Tom Tugendhat – considered the underdog in the contest – on 36%.

Ms Mordaunt, the international trade minister, was tied with former equality minister Kemi Baden for third place on 12%, while Ms Truss, the foreign minister, was fifth on just 7%.