The author is professor emeritus and former president of Korea University.

The Japanese invasion of Korea in 1592 was devastating. Since the invasion 200 years after the founding of the Joseon dynasty, the population has shrunk by 30%, of which 1%, or 100,000 Koreans, were taken to Japan as prisoners never to return home.

The Korean War, on the face of it, was a war between Koreans. But it was actually a global war involving allied United Nations troops from 16 countries behind South Korea – and China and the Soviet Union behind North Korea. The Japanese invasion of 1592 was also part of an imperialist ambition to conquer the Ming dynasty of China after Toyotomi Hideyoshi ended the Sengoku period, or Warring States period, and united Japan.

The Korean peninsula is doomed to geopolitical risks involving the world powers of the United States, China, Japan and Russia. The United States, which had helped China become the world’s factory to help contain the former Soviet Union, is now at war with China. America’s position has changed dramatically over the past 20 years when it supported China’s market opening and investment and invited Chinese students and skilled workers to the United States. The United States has formed a quadrilateral security dialogue with Japan, Australia and India and is seeking the Chip 4 alliance with South Korea, Japan and Taiwan will curb China’s rise on the security and technology fronts.

Since a visit to Taiwan by US House Speaker Nancy Pelosi, China has fired missiles at Taiwan in large-scale military exercises to protest America and Taiwan. China has joined the Vostok (East) 2022 Russian War Games in the waters off its Far Eastern coastal regions. A new cold war with South Korea, the United States and Japan opposed to North Korea, China and Russia is developing. 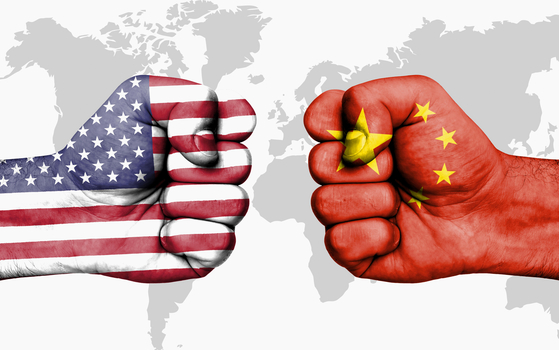 As warned in the book “Destined for War” by Professor Graham Allison of Harvard University, the United States and China could be heading for a war under the trap of Thucydides where a rising power threatens to displace the power in place. . The battleground would likely be Taiwan, the South China Sea, or the Korean Peninsula, not the United States or mainland China. Even if a physical war will not take place, the US-China competition over trade and technology will lead to greater pressure on South Korea. When Chinese President Xi Jinping’s third term is confirmed at the 20th National Congress of the Communist Party of China (CPC) next month and he becomes China’s strongest and most enduring leader after Mao Zedong, he may pursue a policy more nationalistic and harsh. realizing the so-called Chinese dream. The conflict between the United States and China will surely deepen to cause more serious challenges for South Korea stuck in the middle.

In January last year, Ukraine’s foreign minister strongly denied the possibility of a Russian invasion. But Ukraine has been devastated by war since February. The post-war world order was shaken to be guided by the rule of muscle. But Korea’s political leaders have only thoughts about the upcoming general and presidential elections. They just chase populist politics and are not interested in massive geopolitical challenges. The media reports the endless political mud fights daily. Politicians don’t wonder why movies dealing with Japanese invasions — like 2014’s “The Admiral: Roaring Currents” and recently screened “Hansan: Rising Dragon” — have become unprecedented box office hits.

The geopolitical typhoon of a clash between America and China could be more deadly and devastating than Typhoon Hinnamnor, which wreaked havoc on the southeast coast this week. Strategist Yoolgok and Admiral Lee Sun-shin could not save the country from Japanese invaders as the politicians were embroiled in factional battles. The contrary report by two envoys from Joseon, who had visited Japan a year before the Japanese invasion, helped to cause internal division. Even the envoy of a rival faction admitted the possibility of a Japanese invasion but dared not voice it for fear of weakening the faction’s position in the royal court.

President Yoon Suk-yeol must shake off the political slump to prepare the nation for geopolitical risks. The 10th commercial power must not neglect diplomacy. The Minister of Foreign Affairs should be elevated to the rank of Deputy Prime Minister. Experts in American and Chinese affairs are to advise the president. All national policies encompassing economy, security, science and technology, and culture must be reoriented to strengthen Korea’s preparedness for geopolitical risks. The disaster and tragedy that originated in the negligence of political leaders is not confined to the realm of history. The administration must give top priority to developing effective strategies to address the North Korean nuclear threat and geopolitical risks.
Translation by Korea JoongAng Daily staff.