A sea warning is expected to be issued tomorrow or Monday for Tropical Storm Muifa, which has gained momentum and is likely to turn into a typhoon, the Central Weather Bureau (CWB) said yesterday, reversing a forecast a day later. early. a sea warning was unlikely.

At 8 a.m. yesterday, the tropical storm was 1,010 km southeast of Oluanpi (鵝鑾鼻), the southernmost point in Taiwan, the bureau said.

The storm is expected to slow from tomorrow and persist in the waters off eastern Taiwan due to a lack of directing air currents, making the track difficult to predict, he said. declared.

The storm is expected to move just south of Japan’s Ryukyu Islands and then turn north towards Ishigaki around Wednesday, he said.

Bureau forecaster Chang Cheng-chuan (張承傳) said there was a high probability that a marine warning would be issued, but was not yet sure if a land warning was needed.

The outskirts of Muifa could bring heavy rain to eastern and northeast Taiwan, as well as the northern coast, Chang said. 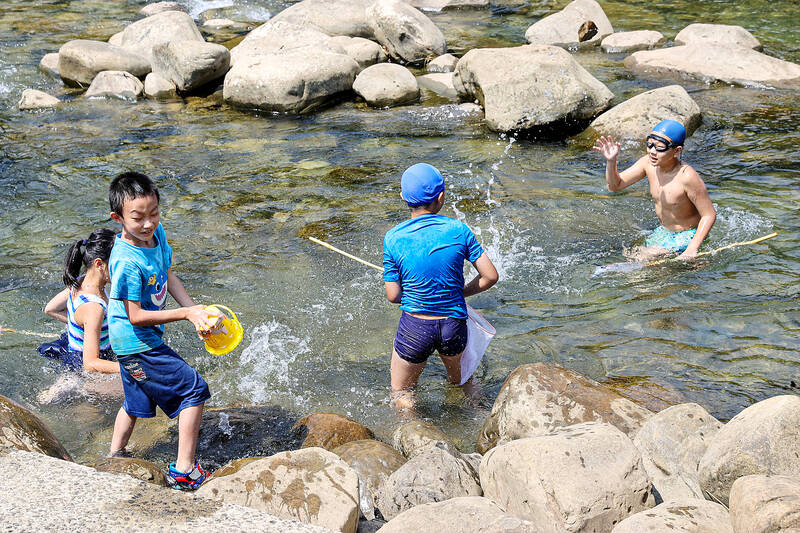 Wu Der-rong (吳德榮), associate professor of atmospheric science at National Central University, said predictions he made using two different methods showed that Muifa would move north- west and would linger in the waters east of Taiwan, but complex atmospheric conditions meant it was impossible to be certain of anything except the general direction in which it was heading.

CWB forecasts show the storm could turn into a typhoon, Wu said, adding that there were too many uncertainties to rule out the possibility of adverse weather effects in Taiwan.

Yesterday’s sunny weather is expected to continue today, the CWB said, although residents of northern and eastern Taiwan should expect brief, localized showers from tonight through Wednesday.

Comments will be moderated. Keep comments relevant to the article. Remarks containing abusive and obscene language, personal attacks of any kind or promotion will be removed and the user banned. The final decision will be at the discretion of the Taipei Times.