Pa-siyam describes the tradition of praying nine consecutive days for the dead. Its observance provides an opportunity to mourn and mourn, as well as reflect and commemorate. In the case of Super Typhoon Yolanda, nine years, not just nine days, after its onslaught, the anniversary requires a moment of reflection and remembrance. What lessons have we learned nearly a decade after this climate catastrophe?

In 2013, the 19e The United Nations Climate Change Conference (COP19) began with heartfelt prayers to communities in the Philippines that had just been hit by Yolanda, one of the strongest typhoons on record. World leaders and climate activists have urged governments to urgently address the escalating climate crisis.

This year, Yolanda’s birthday comes as world leaders gather for the 27e Conference of the Parties (COP27) in Sharm el-Sheikh, Egypt, once again opening the international stage to discuss pressing climate issues that put communities at risk of loss and damage from extreme weather events.

Just weeks before this year’s commemoration, the city of Tacloban declared a cholera epidemic with at least 192 cases recorded in the city. Most of the cases were discovered in Barangay 106, where the The source was traced to a polluted creek and the water treatment plant. Barangay 106 is home to resettlement housing projects for people displaced by Yolanda, as well as other villages where permanent housing has been built in the city.

When the storm hit in 2013, Tacloban was one of the hardest hit areas in the typhoon’s path. Ninety percent of the city was destroyed, with massive loss of life and displacement recorded. Following the disaster, the city government launched a large-scale resettlement, moving families from high-risk coastal areas 40 km north of the city center. Disaster-affected residents, including former informal settlers, received new permanent housing. Yet for many, life and livelihoods remain bleak.

Access to drinking water, for example, remains a challenge. Earlier this year, during a human rights monitoring visit to four permanent shelter areas in Tacloban, the Human Rights Commission (CHR) recorded uninstalled water meters per household and a limited continuous water supply in the accommodations.

The relocation of coastal settlements to the north also distanced many people from their original sources of income and work. Dwellings are also often too cramped, leading wealthy families to self-build extension spaces, thus exposing neighboring dwellings to structural risks. The COVID-19 pandemic has also exacerbated the precarious living conditions of displaced families. These are just some of the new and ongoing challenges faced by communities displaced by Yolanda; persistent problems of poverty and security remain.

Rights of displaced persons and roles of duty bearers

A survey of 311 displaced households conducted by CHR and the Stockholm Environment Institute (SEI) in 2020 revealed that the needs and human rights of displaced people remain unmet and unmet, in particular safety, security and freedom of movement. movement ; adequate standard of living; employment and livelihoods; housing, land and property; and participation in public affairs. Thirty percent of respondents found their livelihoods deteriorated and half found water quality and access to be poor. In addition, less than 40% of households hold ownership documents for their homes, and many are still unsure of their land rights and status.

Clearly, displacement and resettlement caused by disasters compromise the fundamental human rights of those affected. Sustainable solutions are necessary to ensure that internally displaced persons (IDPs) can fully enjoy their rights while no longer in need of protection or assistance due to displacement. This includes, among others, the effective provision of basic services to affected families, securing land titles and security of tenure, and including displaced people in decision-making.

Displacement-related human rights issues in the town of Tacloban reflect serious gaps in current legal frameworks. The Disaster Risk Reduction and Management Act (RA 10121) needs to be revised to address human rights issues, particularly in relation to approaching and responding to disaster displacement and the institutionalization of an accountability mechanism for duty bearers.

Human rights-based legislation or policy at national and local levels on internal displacement could also provide the framework for an inclusive, participatory and more accountable response to evacuation, recovery and resettlement.

A financing facility for the most vulnerable

Nine years after landing in a nation plagued by an average of 20 disasters each year, Yolanda’s impacts are still being felt and experienced on a daily basis. Its protracted implications on human rights and livelihoods are examples of the loss and damage that communities experience due to climate variability and extreme events.

Financial resources should go beyond disaster relief and address the needs of the most vulnerable people, and address not only economic but also cultural, psychological, livelihood and other needs. non-economic loss and damagesuch as those associated with displacement and resettlement.

Indeed, Yolanda was part of the momentum that led to the creation of the Warsaw International Mechanism for Loss and Damage at COP19. At COP26, however, the quest for a dedicated fund did not materialize. If we are to learn from the lessons of the tragic event and the sustained devastation that followed, and uphold the principles of climate justice, a finance facility that puts vulnerable communities at its heart must be achieved.

Reflecting on Yolanda’s experience, Dean Antonio La Viña of the Manila Observatory believes that “rebuilding places and restoring lives after a major climate event does not happen automatically, without strategic interventions and sustainable funding. This is where a loss and damage financing facility is relevant and useful. While post-disaster humanitarian aid is needed, it is simply not provided on the scale and with the urgency that would result in the restitution and restoration of places and people or even to a better place where they are not. weren’t before the climate catastrophe hit them. 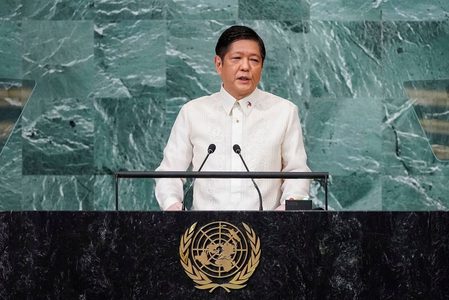 Ahead of COP27, recent reports show a record level of greenhouse gases in the atmosphere, but nationally determined contributions (NDCs) insufficient and not ambitious sufficient; system-wide transformation is urgently needed. Crises continue to occur, with Typhoon Odette in December 2021, Typhoon Karding in September 2022, and in the last week of October massive flooding in many parts of the Philippines.

The response in the aftermath of Yolanda and subsequent development efforts to rebuild lives and livelihoods provide rich lessons. Yet, clearly, we have learned nothing.

Much development and critical infrastructure is still being built in locations exposed to coastal hazards. Access to productive livelihoods continues to be a challenge for resettled communities. And as noted above, the basic human rights of those who suffered from the super typhoon’s wrath are still not being respected.

Catastrophic loss and damage from the deepening climate crisis will continue unless we act with haste and ambition.

As negotiations are underway in Sharm el-Sheikh, Yolanda’s experiences and lessons learned will inform the parties’ deliberations. It is vital that States define ambitious NDCs and commit to achieving them. The creation of financing mechanisms going beyond climate adaptation and disaster risk reduction to address loss and damage needs to be defined and engaged.

Measures must bring to the fore the needs, capacities and human rights of vulnerable communities. Funding should be directly accessible without additional charges and communities should play a key role as decision makers at every stage of the process.

What we practice pa siyam Or not, Yolanda’s ninth birthday isn’t the end of learning and thinking. It should guide us to end the disproportionate vulnerabilities experienced by local communities. Through committed action and strong, entrenched policy frameworks, states and stakeholders have the power to ensure that there will be no more Yolandas anywhere in the world. – Rappler.com

Minh Tran is a research associate at the Stockholm Environment Institute.

Albert M. Salamanca is a senior researcher at the Stockholm Environment Institute.

Reinna S. Bermudez, is head of the Center for Crisis, Conflict and Humanitarian Protection at the Commission on Human Rights.